Lottery NZ and the Top 5 Wins of All Time

Lotteries have been a popular form of gambling in New Zealand since the year 1844, with hopeful competitors filling newsagencies across the nation purchasing their chance to win large sums of money. The biggest Lottery NZ wins have been truly staggering, with several players becoming overnight millionaires.

The most recent biggest win in New Zealand lotto results was in 2021, a ticket holder from Auckland won the biggest ever first division prize in the Lotto game, taking home NZD 40 million.

Lottery games have been an important part of New Zealand's gambling history, and they continue to be a popular form of entertainment for many people who look to explore the chance to get paid big.

Lotto culture in New Zealand is similar to that of other countries, with many people buying tickets on a regular basis, or as a form of entertainment. Lottery games are also often operated as a partnership with good causes, with proceeds from ticket sales going towards funding various charitable projects.

In New Zealand, the proceeds from lottery games are used to fund various community projects, such as health care, education, and sports facilities.

This is a great way to ensure that the money generated by lottery games is put to good use, and is helping to make a positive difference in the community.

Many people in New Zealand consider lottery games to be a form of entertainment, and they will often buy tickets as a leisure activity.

Lottery games are also a great way to socialise and stay in contact with friends and family, as people will often pool their resources and buy tickets together. This can make the experience of playing the lottery more enjoyable and can also increase the chances of winning a prize.

Another important aspect of lottery culture in New Zealand is the use of proceeds from ticket sales to fund various charitable projects, managed by the department of internal affairs.

NZ Lottery prizes have been used to raise money for a wide range of causes, including health care, education, and sports facilities. This means that by playing the lottery, players not only have the chance to win big prizes, but they are also helping to make a positive difference in the community.

History of Lottery in New Zealand

The history of lotteries in New Zealand dates back to 1844 when the first recorded lottery was held in the country. The proceeds from this lottery were used to fund a public hospital in Auckland.

Lotteries continued to be held sporadically over the next century, with the funds going towards various charitable causes supporting families, families violence, children in need, to improve hospitals in Wellington, and more.

However, it wasn't until 1987 that the New Zealand Lotteries Commission was established, which brought a level of regulation and oversight to the industry.

The biggest lottery win in New Zealand history occurred in 2016 when a single ticket holder won the Powerball jackpot of NZD 44 million.

This win broke the previous record, which had been set in 2013 when a couple from the Waikato region won NZD 36 million. Both of these wins were on the Powerball, a popular lottery game in New Zealand, players pick six numbers from 40 and an additional Powerball number from 10. 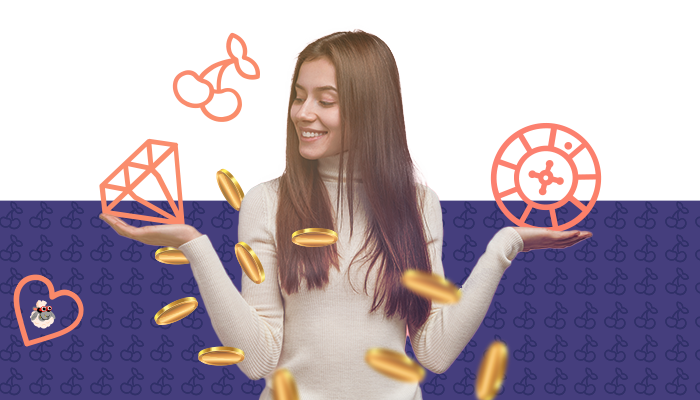 However, many players enjoy the thrill of the game and the chance to dream of what they would do as one of the big jackpot lotto winners they see online or on the front page of the news.

In addition to the large jackpot prizes, many lottery games also offer smaller, bonus prizes for players who match a certain number of numbers. This means that even if you don't win the big prize, you may still have a chance of winning a smaller prize.

This can make the experience of playing the lottery more enjoyable and can also increase the chances of taking your share of the pie.

It's worth noting that while lotteries can be a fun form of entertainment, players should always gamble responsibly and within their means. This means setting a budget for lottery purchases and sticking to it and not allowing lottery play to negatively impact other areas of life.

It is also important to be aware of the potential risks associated with gambling, such as addiction. If you or someone you know is experiencing problems with gambling, there are various resources available to help, including counselling and support groups.

How To Purchase Lotto Tickets

There are several ways to purchase lottery tickets in New Zealand. The most common way is to buy them from authorised retail outlets such as convenience stores, supermarkets, and newsagents.

These retailers have been licensed by the New Zealand Lotteries Commission to sell lottery tickets and will typically have a display of the various lottery games available for purchase.

Another way to purchase lottery tickets is through online platforms such as MyLotto, which is the official online sales channel for the New Zealand Lotteries Commission. On MyLotto, players can purchase tickets for Lotto, Powerball, Strike and Keno, as well as check the results of past draws and manage their accounts.

The process is straightforward, players simply need to create an account, select their preferred lottery game and numbers, and make a payment. It's also possible to find and purchase lottery tickets through mobile apps such as Lotto NZ, which allows players to buy tickets and submit and scan physical tickets to see if they are a winner.

It's important to note that players must be 18 years or older to purchase lottery tickets in New Zealand. Lottery tickets can't be sold to anyone under this age.

Keep in mind that lottery games are a form of gambling, and players should always gamble responsibly and within their means. This means setting a budget for lottery purchases and sticking to it and not allowing lottery play to negatively impact other areas of life.

The Top 5 Winners of All Time

Winning the lotto is no small occurrence in one's life, so without further ado, here are the top 5 life-changing amounts of money that sit at the top of the all-time New Zealand Lotto Results.

In 2016, a couple from the Manawatu region won NZD 22 million on Powerball.

In 2010, a group of 17 friends from the Bay of Plenty region, who had been playing the lottery together for 25 years, won NZD 26 million on Lotto.

In 2013, a couple from the Waikato region won NZD 36 million on Powerball.

In 2021, a single ticket holder from Auckland won the biggest ever first division prize in the Lotto game, taking home NZD 40 million.

The largest lottery winner in New Zealand history occurred in 2016 when a single ticket holder won the Powerball jackpot of NZD 44 million.